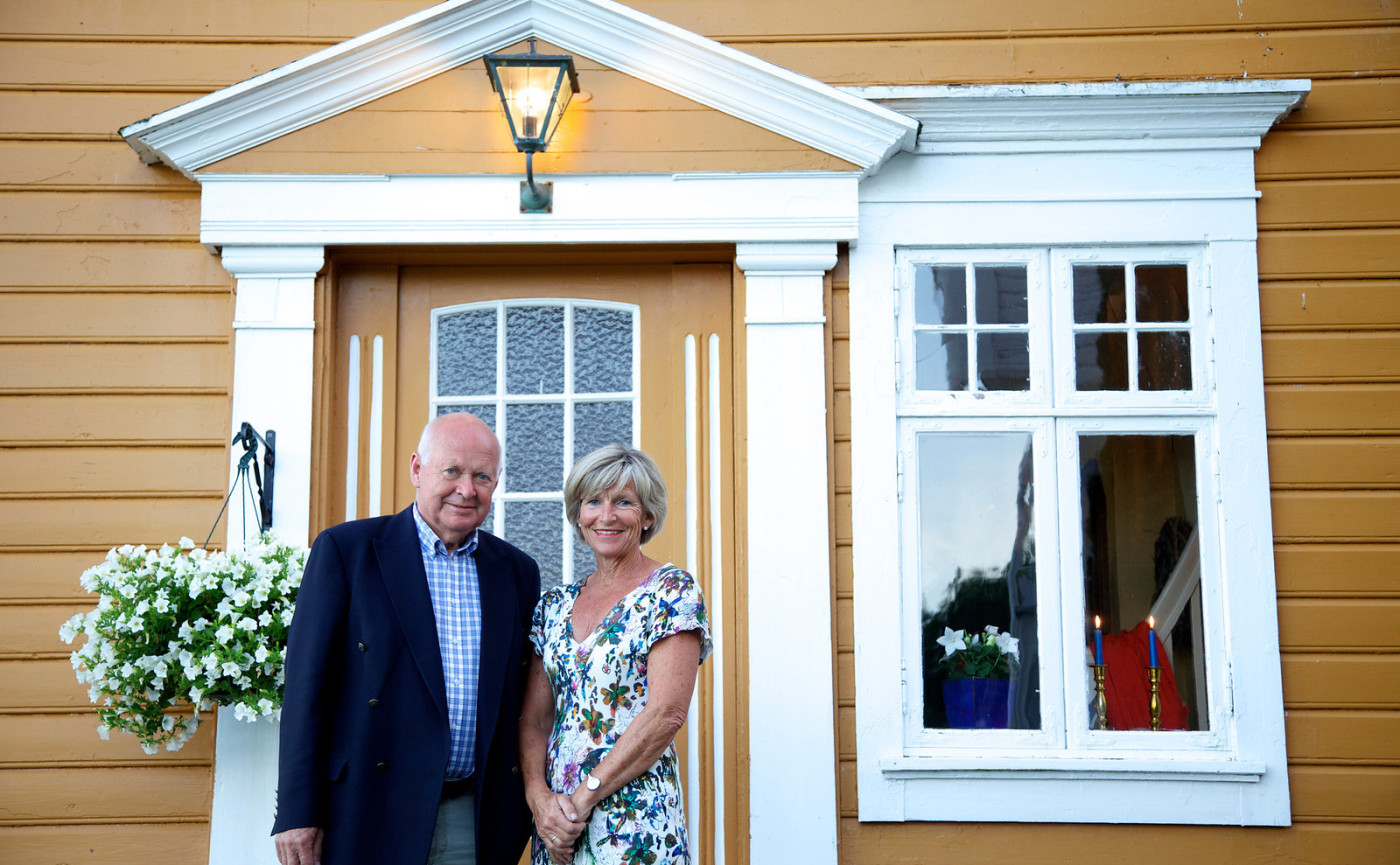 Mette and Jostein Soland are the owners and hosts of the old Trading Post Ramsvig. In 1787, Ramsvig was given the Kings Privileges by King Christian VII of Denmark-Norway. Ramsvig played an important part when it came to trade between east- and western Norway. And also between Scotland, England and Holland. 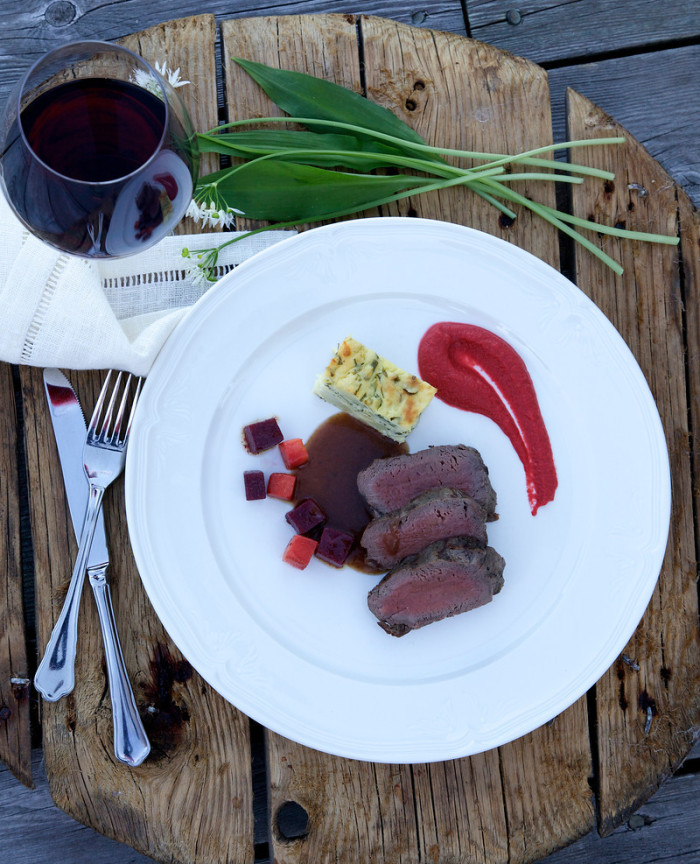 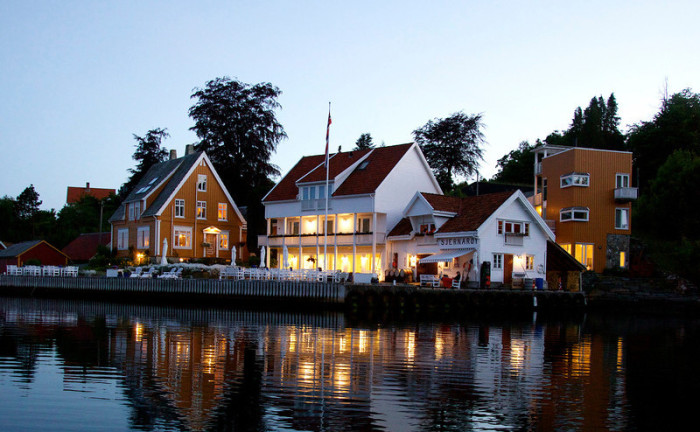 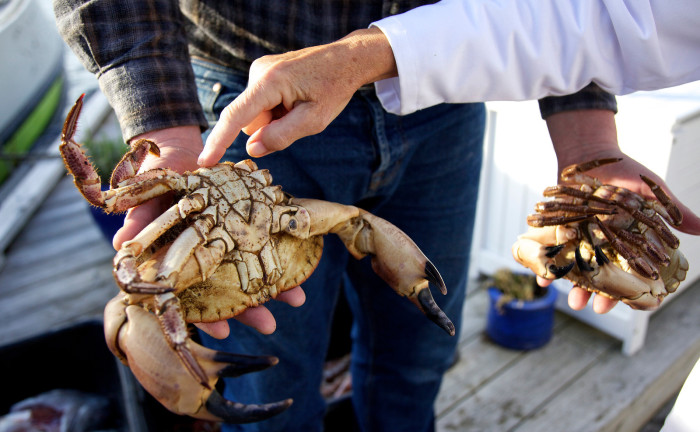 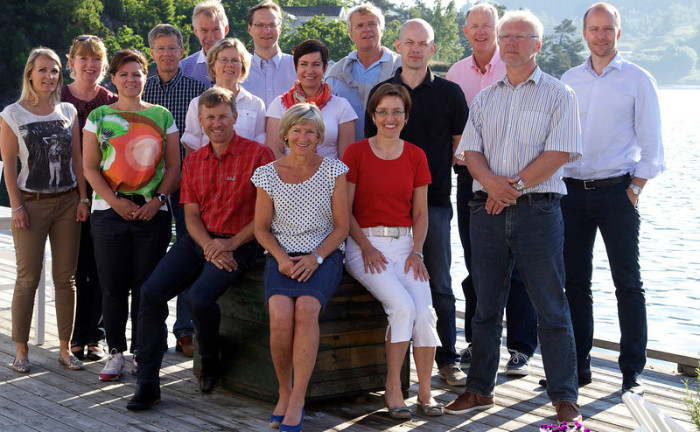 It is always nice to be asked to join the business- groups for a group picture on the dock. 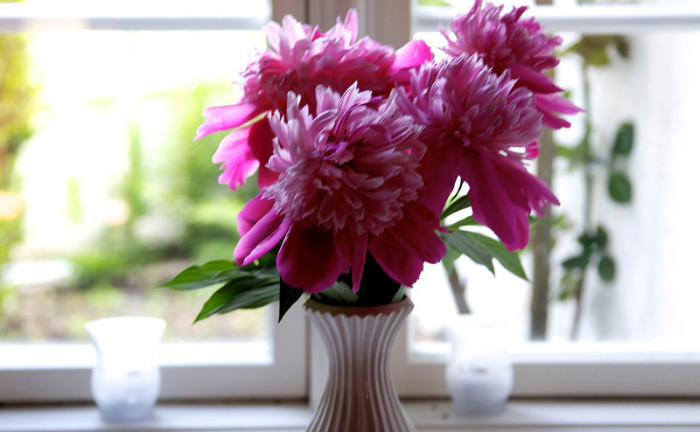 Our garden is our heart. From early spring till late November roses and other flowers are blooming. All our rooms and buildings are decorated with flowers from the garden or wild flowers from elsewhere on the island. Most of our flowers are eatable, so we decorate our plates as well. 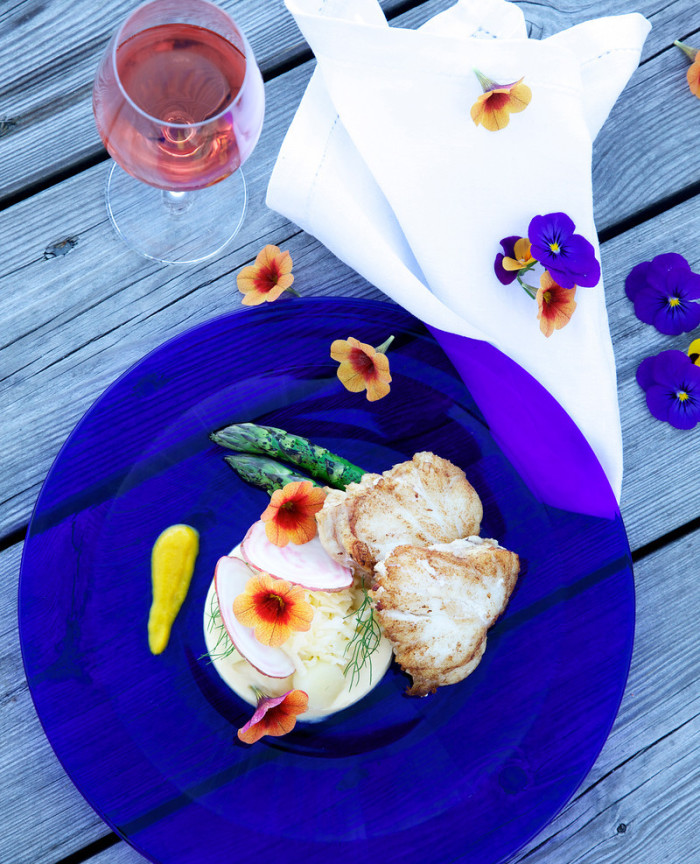 We mostly serve fresh fish and seafood from the area around the islands. Our chef knows to make it look delicious. 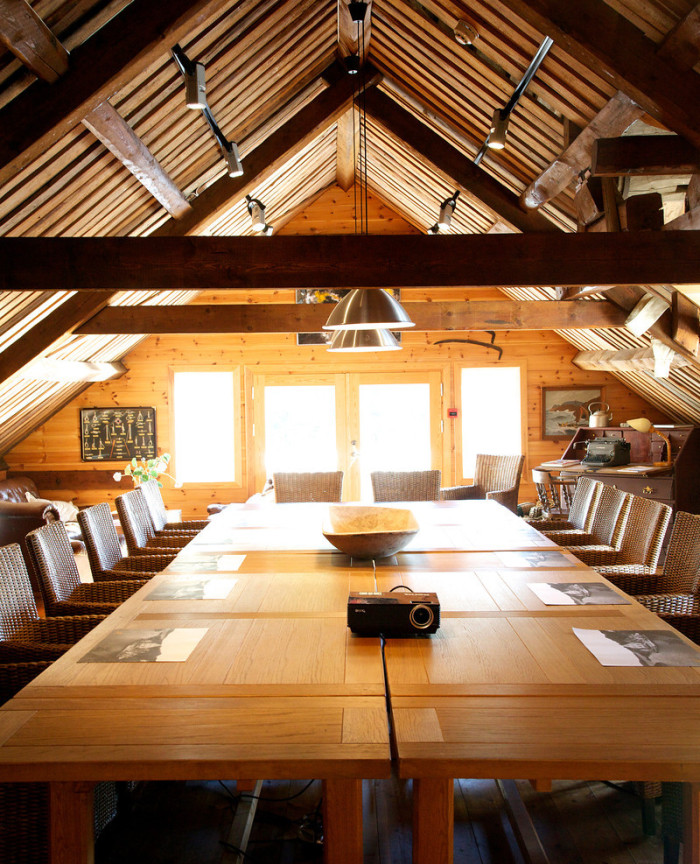 Our main meeting room is called The Seahouse Loft. It`s a good room for important meetings. 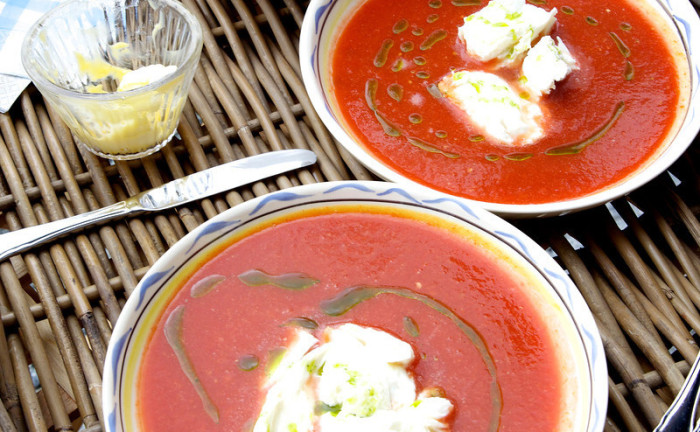 It`s probably the best tomato soup in the world,- at least in Sjernarøy. Fresh tomatoes from our island, served cold with fresh Mozzarella, tabasco and a dash of whitewine. 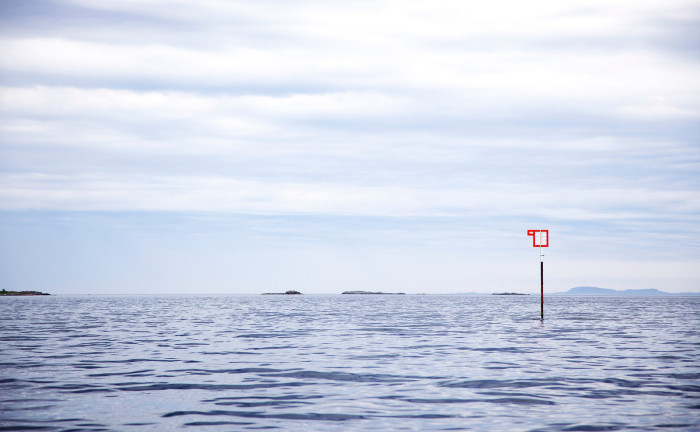 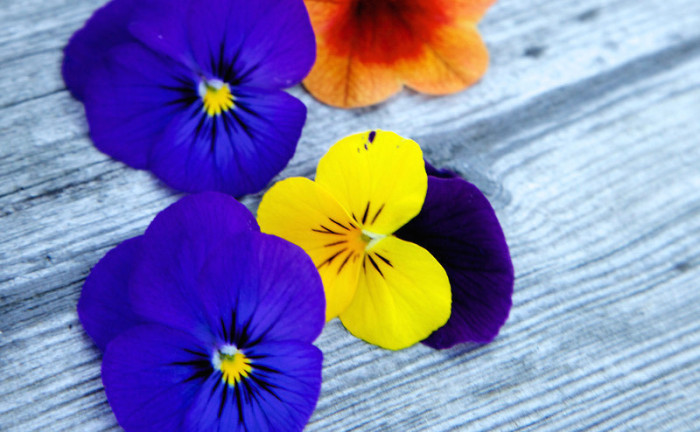 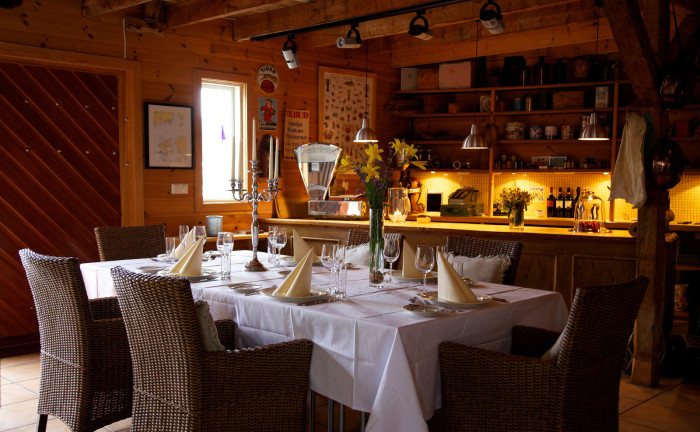 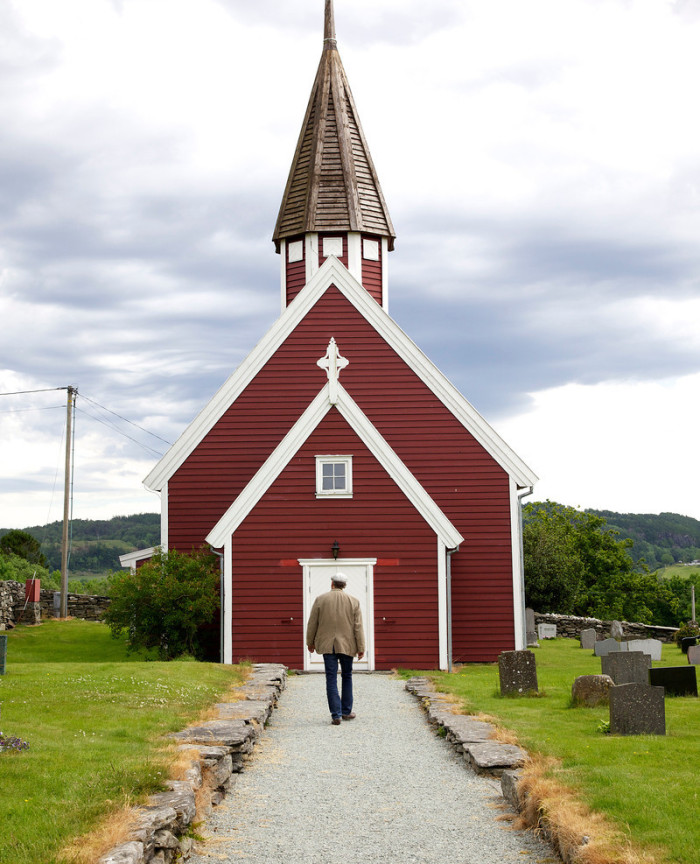 This wooden church, Sjernarøy Church, is from 1630. Inside we can study the rose painted ceiling. As early as 1200 the was a church here. It is worth a visit. 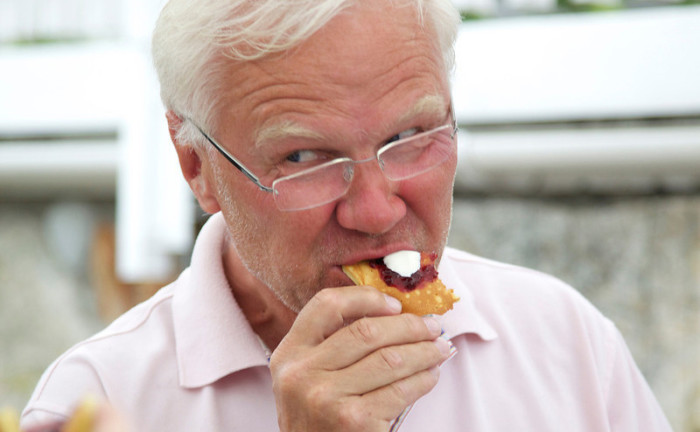 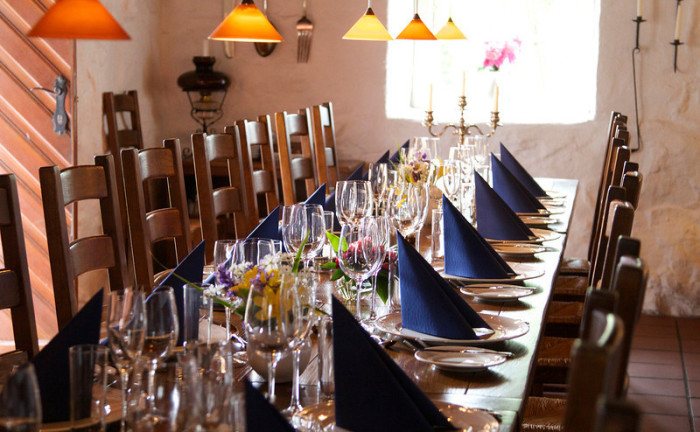 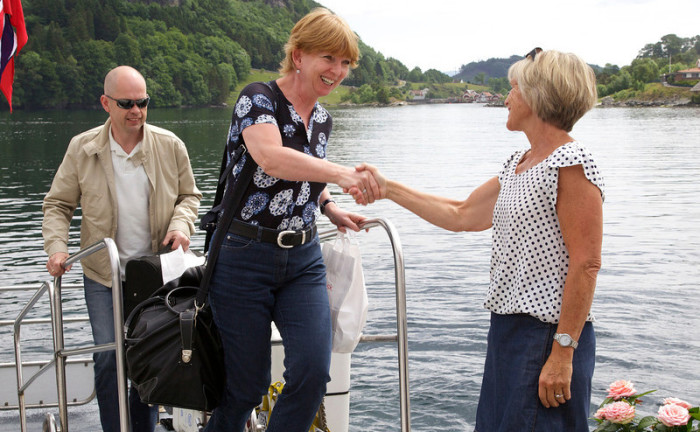 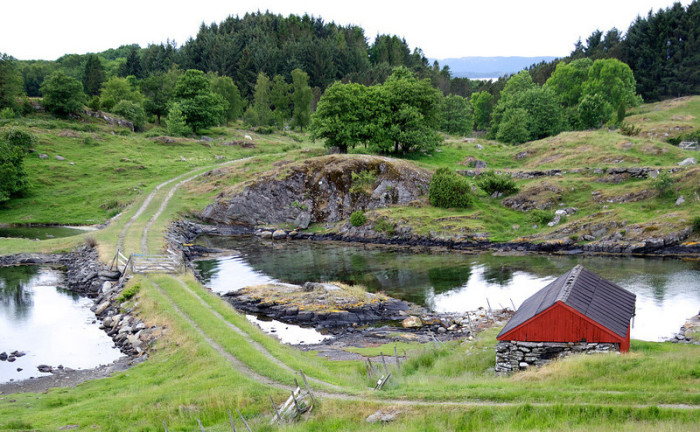 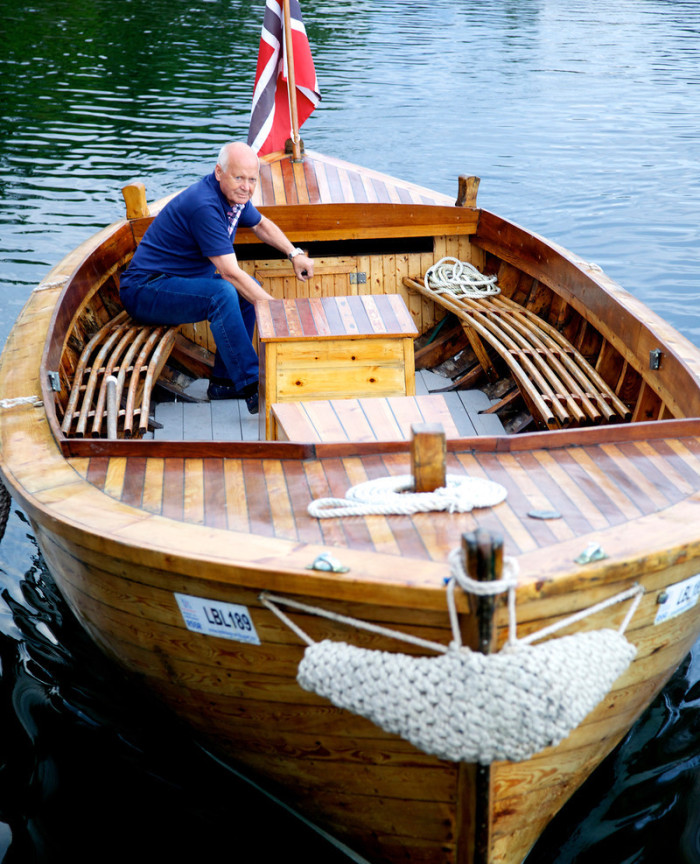 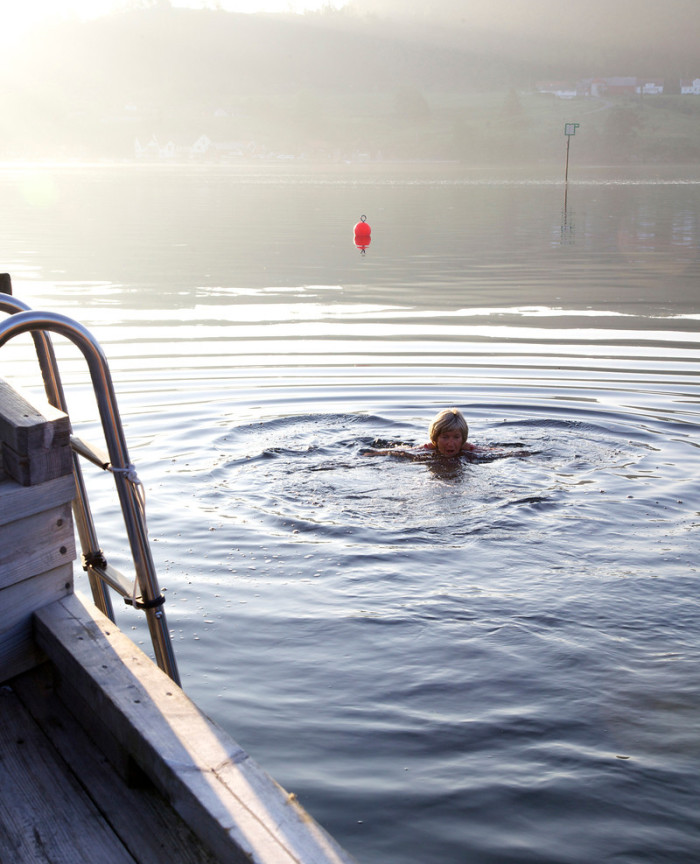 Mette always starts the morning with a swim in the sea. 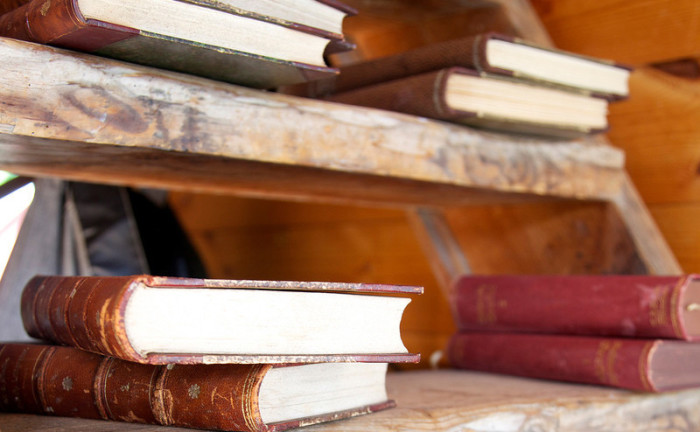 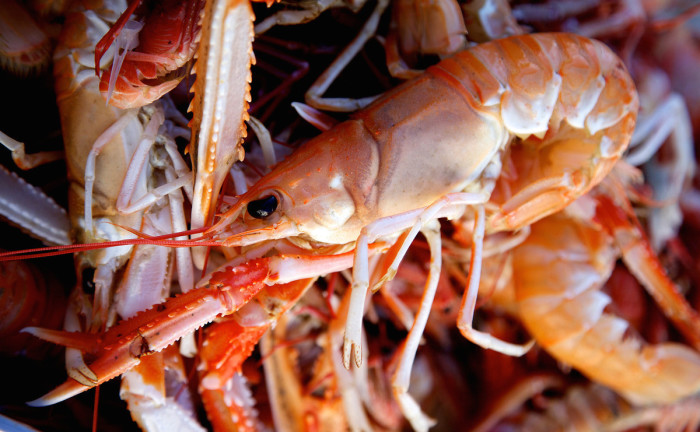 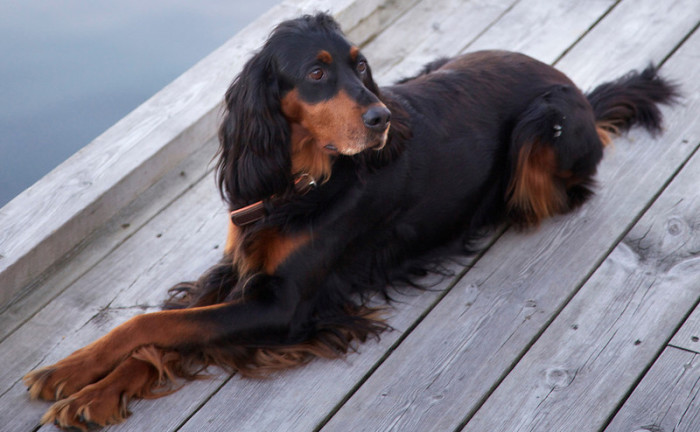 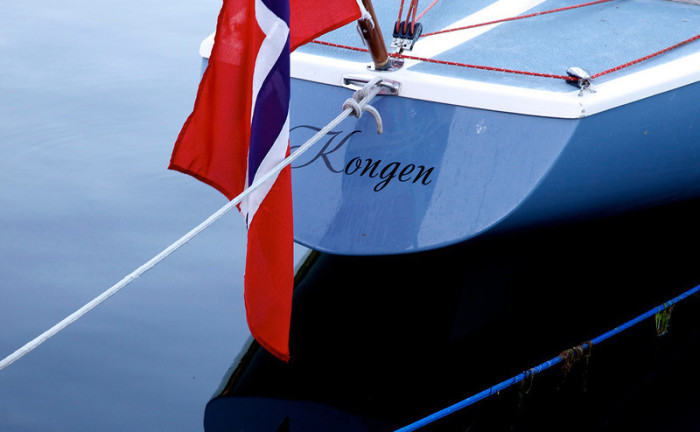 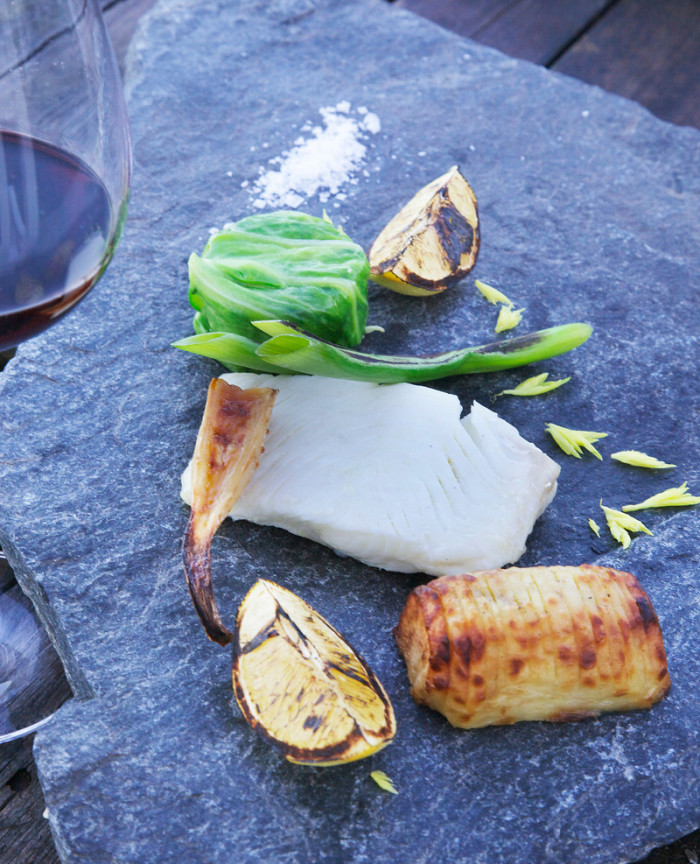 Ramsvig is an old lovely trading post. Its history goes back to 1778. Then King Christian the VII of Denmark-Norway gave Ramsvig the Kings Privileges in a Chart, allowing Ramsvig to brew its own beer and sell liquor from Stavanger. Ramsvig is situated on the island Kyrkjøy, Church-Island, which is one of seven islands called Sjernarøyane. Traces of settlement back 6000 years are well known. The local church from 1630 is still in use and worth a visit. During the 16th century Ramsvig became the regional center of trade. The export of oak-lumber in large scale to Scotland, England and Holland made building parts of London and Amsterdam possible. The exportation of delicious local lobster was extraordinary for the British upper class! Last century Ramsvig became the main dock for the local boats sailing further into the fjord-county, Ryfylke. The post office was established here and so was the bakery. In 2003 Ramsvig was reopened by Mette and Jostein Soland as a conference center for boards and business groups in the region of Stavanger. Three old buildings had then been restored and three new set up to its purpose. Now there are 15 double rooms, two meeting rooms, a dining room with an open kitchen in the old bakery, a library and a modern art gallery. Since 2009 we have had the same chef from Island. Our food is all local, as come to fish or meat. We love to prepare for small groups and tell the story of the raw materials and the way it has been prepared. In 2015 Ramsvig was honored with the “Olavsrosen”, the highest reward given by The Norwegian Heritage Foundation.

Ramsvig host only one group at a time so you will have access to all our facilities during your stay.

Home made food by our excellent chef. We focus on local seafood, game, vegetables, fruit and berries

How to get to Ramsvig: